The brain grows as a tubular structure and as it is formed, interconnected cavities remain inside the parenchyma containing cerebrospinal fluid (CSF). This is known as the ventricular system and helps in lubricating the brain structures. 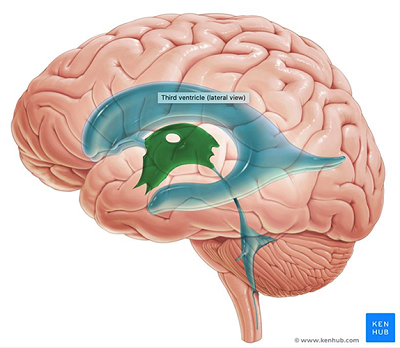 Ventriculomegaly is the most common referral for central nervous system abnormalities (CNS) to our centre. The lateral ventricles are the main ventricles that are measured during a routine anomaly or a growth scan. “Ventriculomegaly” is defined as an increase in the size of the ventricles (>10 mm).I

What are the causes of Ventriculomegaly?

Ventriculomegaly could be isolated (normal variant) or secondary to genetic causes,infections, bleeding or a part of other structural CNS abnormalities caused by brain destruction and morphological maldevelopment such as a neural tube defect, etc.

A detailed workup begins at our FETAL BRAIN CLINIC with assessment of the woman’s risks for common genetic problems,detailed family history, history of fever,etc. A detailed neurosonogram is then offered. In our experience, in about a third of those referred as isolated ventriculomegaly, an additional ultrasound finding is picked up during our Neurosonogram that further directs our counselling. An MRI if deemed necessary is then performed to give us further information about the brain surface foldings or delineation of pathological findings. An amniocentesis with a detailed genetic evaluation, viral testing is offered. Parental testing is offered if a causative genetic mutation is found to understand the inheritance or rarely if Fetal Neonatal Alloimmune Thrombocytopenia is suspected (destruction of platelets by maternal antibodies)

If the ventriculomegaly is mild and isolated (after ruling out other causes),most tend to remain stable. Most mild ventriculomegalies (90% of these) are known to have a favourable outcome and most of these pregnancies can continue to term. A small percentage tends to be progressive with a guarded prognosis. Follow up serial ultrasounds are suggested for all ventriculomegalies

Fetuses with obstructive hydrocephalus are referred to the paediatric neurosurgeons.

In cases with rare findings, we arrange for a digital consultation with Dr Karina Krajden Haratz (Senior Physician at the Ultrasound Unit in Obstetrics and Gynecology at the Lis Maternity Hospital – Tel Aviv Sourasky Medical Center (Ichilov) and a world expert in Fetal Mid and HindBrain Disease). Paediatric Neurologist/neurosurgeon opinion is taken at the same setting if required so that the couple has a complete perspective of the findings and know what to expect such that they take informed decisions.