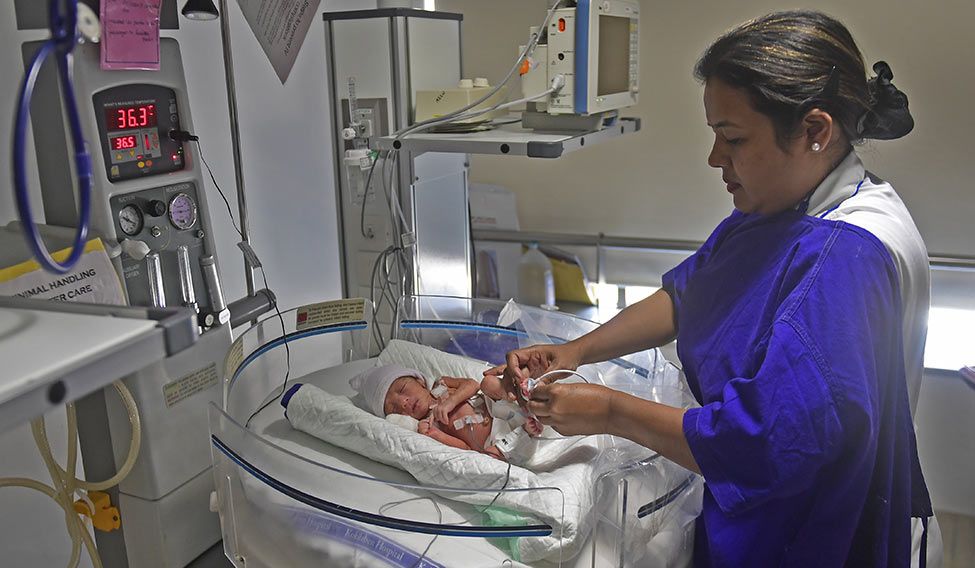 Care for the unborn gets a boost, thanks to combined expertise of neonatalogists, paediatric surgeons and geneticists

Diwali arrived early for the Jains—Deepak and Soniya—of Baghpat district, Uttar Pradesh. Soniya recently gave birth to their second daughter, and their elder one just turned two. “We are excited to have a new visitor this Diwali,” says Deepak.

But things looked bleak for the Jains two years ago. Soniya was six months pregnant with twins then, and a routine checkup at a hospital in Meerut revealed that the babies were suffering from Twin-Twin Transfusion Syndrome (TTTS), a rare and potentially fatal condition where one twin gets more blood than the other. The syndrome affects identical twins who share the same placenta. In TTTS, owing to a complication in the blood vessels between the two, one twin—the ‘recipient’—starts getting more blood than the other—the ‘donor’ twin.

This leads to more fluid at the recipient twin’s side, who is now at the risk of damage to the bladder (owing to increased urine) and heart. The donor, on the other hand, has less fluid, is dehydrated and has retarded growth.

Doctors in Uttar Pradesh had given up, recalls Deepak, who runs an oil business. “One of the doctors in Meerut had even told us that if you come for delivery here, you will go empty-handed [implying that doctors would not be able to save the mother or the two babies],” he says.

Then someone recommended Apollo hospital in Delhi, and the couple decided to give it a shot. “We were told that the mother and one of the babies would be saved. No one had given us this guarantee. So, we decided to go ahead with the procedure,” says Deepak.

To correct TTTS, doctors at the Apollo Centre for Fetal Medicine performed a minimally invasive foetoscopic laser photocoagulation, a laser procedure that results in halting the blood transfusion between the twins. A foetoscope (small camera) helps doctors identify the abnormal blood vessels and then disconnect and seal them using laser.

The Jains lost one of the twins. Deepak recalls that Soniya spent a day or two in the hospital, and had to be monitored closely through the remaining period of her pregnancy. She delivered a baby girl following a c-section. 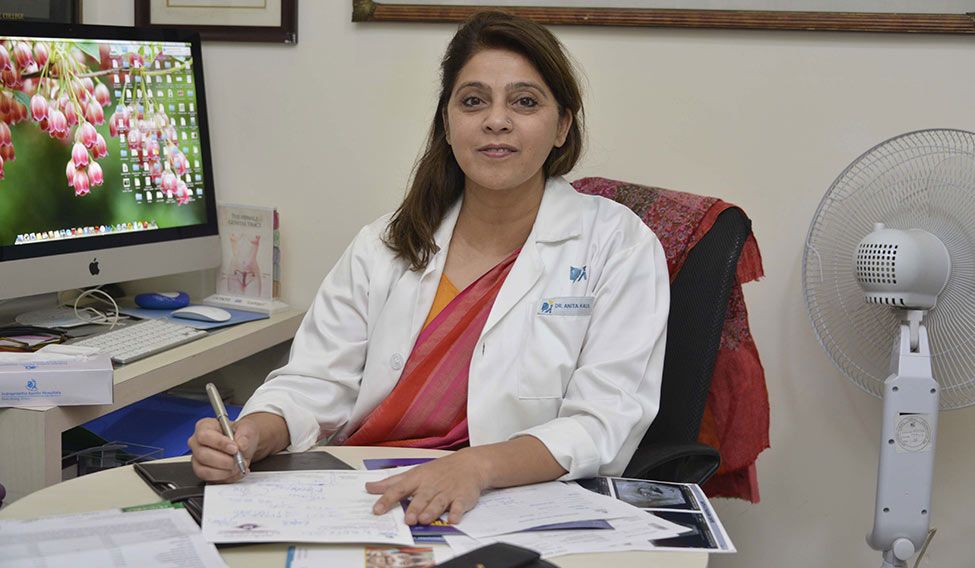 “Few people are aware that they need not terminate a pregnancy even if the foetus has certain complications. Many kinds of abnormalities can now be treated in utero, and the foetus can be retained,” says Dr Anita Kaul, clinical director, Apollo Centre for Fetal Medicine in New Delhi.

Foetal medicine is a specialisation within the department of obstetrics and gynaecology and is a developing field in India. According to some estimates, there are 4,87,000 babies born with birth defects in India, and this is where foetal medicine experts come in.

“Until now, the focus was on delivering babies and the health of the mother. Now, the focus is also on the foetus. The foetus is now a patient; we treat it from head to toe,” says Dr Chitra P., consultant, foetal medicine, Fortis Hospital, Bannerghatta Road, Bengaluru. Chitra, an expert in obstetric ultrasound since 1990, insists that it is only through targeted imaging by specialists in foetal medicine that the anomalies in the foetus can be identified early on in the pregnancy. “There are several abnormalities, some of which can be cured inside the uterus, and some of them outside, that is, after the baby is born,” says Chitra, adding that the combined expertise of obstetricians, foetal medicine consultants, geneticists, neonatalogists and paediatric surgeons, is involved in the care of the unborn.

Chitra cites the case of a pregnant woman whose ultrasound scan revealed pleural effusion—buildup of fluid in the pleural space, an area between the layers of tissue that line the lungs and the chest cavity—in the 19 week-old foetus. “The heart and lungs were normal, and no other structural anomalies were seen,” says Chitra. “However, at 24 weeks, when the fluid in the left chest was pushing the heart, we decided to drain the fluid with a needle,” she says.

TTTS affects about 10 per cent of identical twins, whereas congenital chylothorax (building up of lymphatic fluid in the pleural cavity) is a rare anomaly with an incidence of 1:10,000, says Chitra. “If the condition regresses or doesn’t cause pressure on the heart, then the prognosis is fine. In this case, too, the fluid buildup reoccurred, but it didn’t affect the foetus,” she says.

In India, however, awareness about these procedures is still low. “Women who live within joint family setups tend to go for termination. They don’t want to take a chance. Young couples, who live in a nuclear setup or if it is a late pregnancy, go ahead with the procedure,” says Kaul.

Other common procedures include shunting, where a shunt (hollow tube) is inserted into the mother’s abdomen and uterus and into the foetus to drain excess urine, intrauterine blood transfusion (when the mother and the baby have incompatible blood groups) and radio frequency ablation or umbilical coagulation for complicated monochorionic pregnancies (blood flow is interrupted to one twin to save the other twin’s life).

Advances in foetal medicine have meant that open foetal surgery is also a possibility now, but is currently not widely available in India. In an open foetal surgery, the foetus is partially removed from the uterus so that the area to be treated is exposed. After the surgery, the foetus is placed back in the womb and the uterus is closed. This surgery, among other foetal interventions, has triggered a debate among medical professionals around the world, because of the two c-sections involved (during surgery and delivery) and the risks of premature labour. Many doctors argue that such interventions should be done only when the condition is serious.

Kaul says these surgeries are highly complicated and require trained professionals. “To become an expert in a surgery such as open foetal surgery, you need to perform several cases in a month. But because there are few patients owing to low awareness, it is taking time,” she says.

But things are changing. “These days, people have fewer kids, and so, for them, each pregnancy is special,” says Chitra. “Those patients are then open to getting these treatments done.”

For the Jains, the birth of their second child has given them new hope. “Last time, during the [TTTS] treatment we lost one of the twin girls,” says Deepak. “With the birth of our younger daughter, we feel she has come back. Jo chali gayi thi, woh wapas aa gayi hai [The one who had gone has come back].”